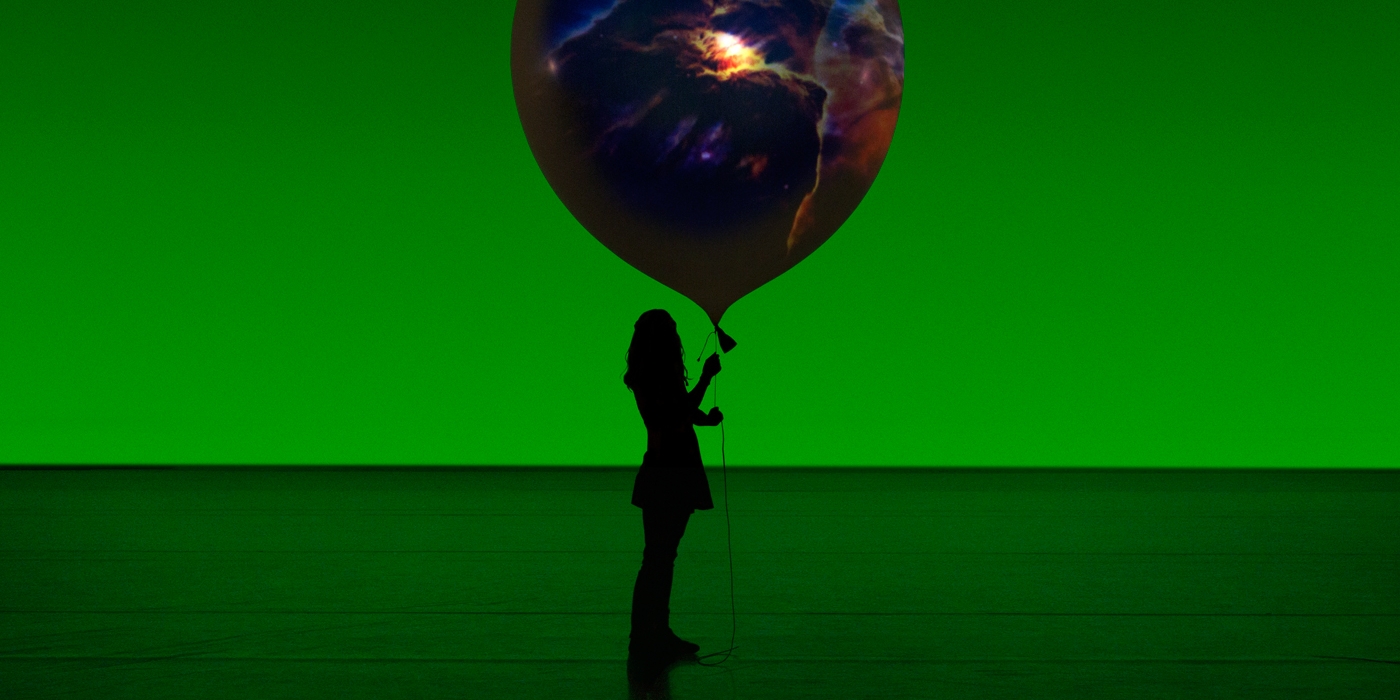 A Period of Animate Existence

2017
A symphonic theater hybrid offering a meditation on life and planetary cycles, set in a time of rapid ecological and technological changes.
We find ourselves in a perilous time, one that is being called the Sixth Extinction, an era in which we foresee the loss of 20% to 50% of all living species on earth. The gravity of these issues has entered mainstream consciousness, affecting our politics, media, and ultimately our individual beliefs about the trajectory of life.
How do we contemplate the future in such a moment?
A Period of Animate Existence is an inquiry into this great disruption. What is this effort for life to go on living: the language used by one generation to address another; the difference between the animate and the inanimate; and the visceral feeling that the force of life itself – what Henri Bergson called “the élan vital” – permeates our notions of minerals, plants, animals, people, and time.
Echoing the character and pacing of a 19th-century symphony, A Period of Animate Existence weaves together perspectives of children, elders, and machines in five staged movements or “hallucinatory visions.” Like a symphony, the movements are unrelated narratively, yet they complement each other sequentially in mood, tempo, and texture to produce a cumulative effect.
A Period of Animate Existence will premiere at the Annenberg Center for the Performing Arts at the University of Pennsylvania in September 2017, as part of the 2017 Fringe Festival presented by FringeArts.
About the Creators
A Period of Animate Existence is an epic synthesis of theater, music, and design, conceived and co-authored by composer Troy Herion, designer Mimi Lien, and Dan Rothenberg in collaboration with an exceptional team of music and theater artists.
Troy Herion is a composer and filmmaker whose works unite contemporary music with film, theater, and dance. His compositions range from avant-garde orchestral music to pop influenced electronic scores. His visual-music films Baroque Suite and New York: A City Symphony have been called “marvelous” by New Yorker music critic Alex Ross and were featured on MTV and performed with orchestra at Carnegie Hall.
Mimi Lien is a designer of environments for theater, dance and opera. She received a 2015 MacArthur Fellowship–the first scenic designer to receive this award. Mimi is a company member with Pig Iron Theatre Company and the co-founder of JACK, a performance space in Brooklyn. Her work has been recognized by numerous awards, including a Lucille Lortel Award, Hewes Design Award, and an OBIE Award for Sustained Excellence. Her installations have been commissioned by the Kimmel Center for the PIFA Festival. In 2016 her design for The Great Comet of 1812 transferred to Broadway to critical acclaim.
Dan Rothenberg is a co-founder and co-artistic director of Pig Iron Theatre Company. He has directed almost all of Pig Iron’s original performance works, including the OBIE Award-winning Chekhov Lizardbrain and Hell Meets Henry Halfway. Rothenberg teaches physical theater at Pig Iron’s MFA program. He is the recipient of a Pew Fellowship in the Arts (2002) and a USA Artists Knight Fellowship (2010).
Collaborators:
Nell Bang-Jensen, Assistant Director
Will Eno, Co-Librettist
Kate Freer, Associate Video Designer
Beth Gill, Choreographer
Nick Kourtides, Sound Designer
Melissa Krodman, Studio Dramaturg
Tyler Micoleau, Lighting Designer
Loren Shaw, Costume Designer
Kate Tarker, Co-Librettist
David Tennent, Co-Video Designer
Meiyin Wang, Creative Producer
Bethany Wiggin, Dramaturg
Partners:
Contemporaneous - David Bloom, conductor
The Crossing - Donald Nally, conductor
Penn Program in Environmental Humanities
Philadelphia Boys Choir
Philadelphia Girls Choir
Philomusica

A Period of Animate Existence was developed in part during residencies at the Baryshnikov Arts Center, School of the Arts at SUNY Purchase, Swarthmore College, and EMPAC/Experimental Media and Performing Arts Center, Rensselaer Polytechnic Institute.  Rothenberg, Lien, and Herion were artists-in-residence at the Penn Program in Environmental Humanities for 2016-17.

Major support for A Period of Animate Existence has been provided by The Pew Center for Arts & Heritage, with additional support from the William J. Cooper Foundation (Swarthmore College), the American Composers Forum (funds provided by the Jerome Foundation), the Wyncote Foundation, Tom and Carol Beam, David and Linda Glickstein, the Henry Schimberg Charitable Foundation, the Independence Foundation, the National Endowment for the Arts, and New Music USA, made possible by annual program support and/or endowment gifts from Andrew W. Mellon Foundation, Francis Goelet Charitable Lead Trusts, The Fidelity Foundation, The Rogers & Hammerstein Foundation, Anonymous.